Melinda Gates is a computer scientist turned philanthropist who, along with her husband, Bill, gives leadership in many ways in the nonprofit world, particularly in addressing global health issues. I have long appreciated their work, as well as their self-reflection. Recently, Melinda reflected on their work and the lessons they have learned from talking with women in the developing world about vaccinations and access to medicine. She says that she has learned to listen more, to ask better questions, and to allow her heart to be broken. “I think it’s in our common humanity that we see one another and we realize how connected we are as a world,” says Melinda.

That has been our experience at the Murdock Trust as well. Melinda goes on to talk about the “amazing ecosystem of partnerships” and the importance of strengthening this ecosystem. Even the huge Gates Foundation, she says, can’t do everything, but can do some things to make a difference. We couldn’t agree more!

One of the critical parts of the ecosystem we value is leaders. Recently, Charles Schlimpert, president of Concordia University in Portland for more than 34 years, announced his plans to retire. Chuck is the longest-serving president among Northwest colleges and universities. He has guided Concordia, but also sought to care for the ecosystem of education in the region and in the neighborhood.

Doug Stamm at the Meyer Memorial Trust also announced his transition from leadership. Meyer has made a valuable contribution, under Doug’s leadership, to the diverse ecosystem of philanthropy in Oregon.

Bill Lemke is another example of how leadership matters. Recently named the 2017 Nonprofit Leader of the Year in Washington state, Bill’s leadership at the Northwest Furniture Bank shows how creatively caring for and serving the ecosystem is needed in our communities.

As we think of ecosystems and leadership, we are privileged to have recently partnered with organizations all across the Northwest that work in strengthening the ecosystem of:

Generosity is critical to a flourishing ecosystem, which is why we partner with these organizations, and many others, that are doing great work in their communities. Click the grants listing link below to see the full list of organizations we partnered with in our recent grants meeting.

Generously giving of time and resources is something people across the political spectrum agree on. Ron Wyden (D) regularly reminds his congressional peers, “the charitable deduction is a lifeline, not a loophole,” and Kevin Brady (R) recently encouraged a bipartisan effort to “unlock more charitable giving and encourage generosity across the country.” It is imperative for government, civic, and business leaders to realize that, as Yale law professor Stephen Carter wrote, “philanthropy is democracy in action,” and to continue to promote legislation that encourages generosity and, in turn, a flourishing ecosystem of nonprofits. Thank you for the role you play in this ecosystem of partnerships and the ways in which you help it flourish.

With appreciation for all you do, 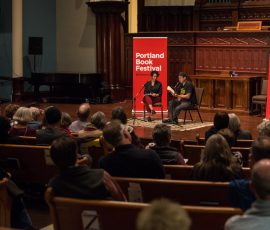 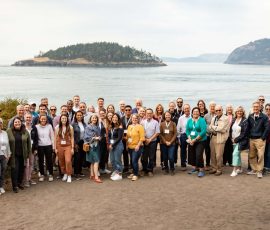 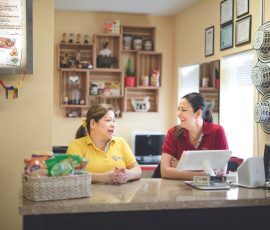