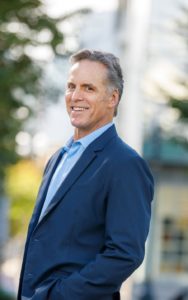 Consistency of leadership is often one of the critical factors that contribute to the success of any organization. This is particularly true in the nonprofit space where relationships and historical knowledge play a vital role in ensuring that funds and resources are deployed in effective ways to accomplish the mission. For 16 years, the Meyer Memorial Trust has been fortunate to have a thoughtful and talented leader at the helm. As he begins the first days of a new season in his life, we would like to take a moment and celebrate Doug Stamm for his work, accomplishments and contributions to our community and to the common good of the Pacific Northwest.

When I joined the Murdock Trust 12 years ago, I was fortunate to build a relationship with Doug early on based on a history of common commitment to serving the Northwest and the respect I held for his thoughtfulness and the thoughtfulness of his team. As our organizations have partnered on numerous initiatives, it has been an encouragement to not only see his commitment to serve the groups that uplift and inspire our community, but also to the creative way the Meyer Memorial Trust team he collaborates with does their work every day. His purposefulness and dedication are key drivers in the recent refocusing of the mission of the Meyer Memorial Trust, its desire to expand its program and deploy resources in creative ways that they believe will serve the community, particularly those who have been underserved.

As Doug shared recently, his tenure with the Meyer Memorial Trust was not always smooth. Our community has undergone and continues to work through a seismic shift in the way we connect with each other, the way we build our organizations and the way we serve one another. Not only was Doug willing enough to tackle these challenges head on, but he has been willing to engage other voices in seeking to understand and serve in more effective ways.

Martha Richards, our colleague at the James Miller Foundation, often reminds us that we are a relatively small state and community and need more philanthropies and more people engaged in robust partnerships. As communities we are sometimes slow or forgetful in recognizing those who have served. Special interest critics and those who stand on the sidelines are often the loudest and most shrill voices on social media. Doug has always been someone who invested in building bridges instead of walls. When groups were in disagreement, Doug worked to find common ground so those involved could continue working towards positive goals that could serve needs in diverse ways.

We are excited to begin to build a relationship with Michelle J. DePass as she takes the reins at the Meyer Memorial Trust this month, but we also want to express our gratitude to Doug for his 16 years of service to our community through his role with Meyer and prior to that at Friends of the Children and Nike. Thank you Doug!

Reflections on an Historic Day