In the northeastern region of Idaho lies a hidden treasure of a watershed called the Henry’s Fork. With 1.7 million acres and over 3,000 miles of high mountain streams, warm natural springs, rivers, and canals, Henry’s Fork is a nearly pristine example of what watersheds used to look like. Though challenges including drought and a changing climate threaten the Henry’s Fork, organizations such as Henry’s Fork Foundation (HFF) are working tirelessly to preserve the watershed for future generations.

“You can go to a lot of places in the country, and in the world for that matter, and not see a river and a watershed that is still such a fine example of what the watersheds, the waterways, used to be in the United States,” says Gary Gross, vice chairman of the board for HFF.

From supporting healthy fish and wildlife populations to providing recreation for visitors and residents, the Henry’s Fork watershed is an ecological treasure worth investing in. It’s what makes HFF worth investing in, too.

“The Voice of the River”

HFF is the only conservation organization focused solely on conserving, protecting, and restoring the unique fisheries, wildlife, and aesthetic qualities of the Henry’s Fork watershed. They employ a science-based, collaborative approach to improve the fishing experience, streamflow, water quality, and fish population health in the Henry’s Fork and South Fork Snake River watersheds.

Since its establishment in 1984, HFF has supported over a hundred research and restoration projects. From working to safeguard public river access to providing real-time water quality data, HFF works tirelessly to be what they call “The Voice of the River.”

They do this through a number of programs, including:

Another significant way HFF works to amplify the voice of the river is through their new HFF Community Campus and Henry’s Fork County Interpretive Center. This beautiful building invites visitors and community members to learn about the Henry’s Fork through interactive maps, freshwater aquariums, digital displays, a fly-fishing library, and exhibits covering everything from local history and agriculture to the aquatic web of life. There is even a virtual reality drift board experience, so visitors can experience what it’s like to drift down the river.

“With the community campus project, the Henry’s Fork Foundation was really able to meet some of our core objectives: building an interpretive center, where people could come in and see and feel and understand at a different level what we’re doing,” says Hoffner.

In addition to the interpretive center, the HFF Community Campus includes a collaborative conference center, a new laboratory, and an intern dormitory. The Foundation can now host local classroom visits and education days, as well as house the interns that conduct important research and make up a vibrant part of the HFF community.

“These were things that we felt we really needed to move into the next thirty years,” says Hoffner. “This campus really allows us to take the work that we’re doing and, we kind of say, turbo-charge it.”

Water is a powerful symbol of interconnectivity, and for good reason. HFF’s conservation efforts in Henry’s Fork have positive effects on trout populations and waters throughout Idaho and the entire Columbia basin. Aware of the – quite literal – downstream effects of their work, HFF seeks to stay ahead of the curve with innovative solutions to their present challenges, while also modeling conservation efforts for the entire Northwest.

For decades, the Murdock Trust has gratefully partnered with organizations working to conserve the beautiful land and waters of the Pacific Northwest. When the land we live on flourishes, communities have a greater opportunity to flourish through access to recreational spaces, cleaner air and water, sustainable food sources, protection from natural disasters, and mitigation against climate change. Our founder Jack Murdock cared deeply about conservation efforts, and we know he would have joined the HFF team in caring deeply about the Henry’s Fork.

For this reason, the Murdock Trust has been proud to support HFF through three grants since 1999 totaling over $650,000. In addition to supporting the community campus project, these grants have funded new staff and water quality research.

“We’re just very fortunate to have partners and stakeholders and members that are very passionate about the Henry’s Fork and the work that we do,” says Hoffner.

To this, the Murdock Trust would say THANK YOU to the Henry’s Fork Foundation for being the voice of the river and working for the good of all who benefit from the downstream effects. May these Idaho waters continue to flourish, for the good of the Pacific Northwest and its communities! 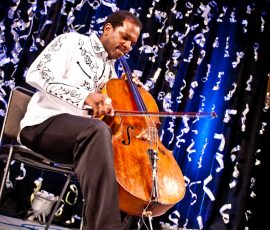 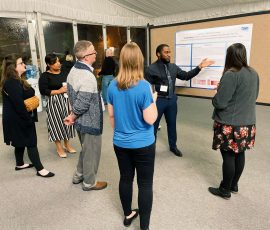 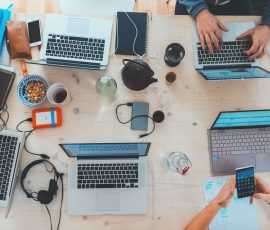