Data shows that communities thrive when complex challenges can be addressed by a diverse group of stakeholders who may disagree on any number of issues, but share a vested interest in creating solutions for a specific topic. But how can we build these unconventional coalitions when our communities are so divided?

In this conversation moderated by Helen Jung (The Oregonian), we will hear from Christy Vines (Ideos Institute) and John Wood Jr. (Braver Angels), two groups working  to bridge these political and social divides and bring people together to help serve the common good. We’ll hear real world examples of how communities are addressing challenging issues through collaboration and best practices for building relationships with those who may come from a different perspective.

Christy Vines is an empathy expert, conflict transformer, thought leader, and social commentator. She’s best known for her high-energy keynotes, unique perspective on faith, society, and culture, and her ability to help people bridge differences and connect more authentically. Christy is a Harvard Kennedy School graduate and founding president of Ideos Institute, an organization focused on the advancement of Empathic Intelligence and the equipping of Christian leaders to engage empathically in the major questions of our time.

In 2015, Christy left the field of national security and global conflict to find answers to the disconnections, biases, and misperceptions that often underlie conflict in the first place. She now leads an organization conducting seminal work in the field of Empathic Intelligence and its application to conflict transformation, social cohesion, communal resiliency, and servant leadership. Christy is a published writer, international speaker, and the executive producer of the 2022 documentary film, Dialogue Lab: America, a moving take on the current state of division and polarization in America. She has appeared on podcasts like How Do We Fix It and Bob Goff’s Dream Big Podcast, and has been published in places like the Washington Post, Christianity Today, and Capital Commentary.

John Wood Jr. is a leading figure in the American depolarization movement. He is national ambassador for Braver Angels, the United States largest grassroots, bipartisan organization dedicated to political depolarization. A nationally recognized public speaker on the subjects of political and racial reconciliation, Wood has spoken across America to a wide range of the nation’s most respected think tanks, universities, corporations, philanthropic organizations and political associations including the Aspen Institute, the Manhattan Institute, CPAC 2019, Global Philanthropy Forum, the Philanthropy Roundtable, Upswell, Target, General Mills, LucasFilm, Oregon League of Cities, Institute for Local Government, and campus audiences including Pepperdine, Duke University, USC, Purdue, UC Berkeley and many others. Mr. Wood’s written work has appeared in a wide range of publications, including The Wall Street Journal, USA Today, The Washington Examiner, Quillette Magazine, Areo Magazine, Reflections (A Journal of the Yale School of Divinity), Real Clear Politics, Persuasion Magazine, The American Interest and many others. Wood is a cohost of the Braver Angels Podcast and host of The John Wood Jr. Show.

Prior to his work with Braver Angels, Wood was the state of California’s youngest active nominee for congress in the 2014 election cycle, challenging Maxine Waters in California’s 43rd district. His unifying campaign was covered by outlets including The National Review and The Larry Elder Show. After the election Wood was elected as 2nd Vice-Chairman of the Republican Party of Los Angeles, the largest Republican county party in America.

In addition to his work with Braver Angels, Wood serves as an advisor to The American Project (an initiative of the Pepperdine School of Public Policy dedicated to restoring the communitarian roots of conservatism), the Foundation Against Intolerance and Racism, the 1776 Unites Project, is a member of the Progress Network (an initiative of the New America Foundation) and is a field-builder with the New Pluralists Collaborative (a coalitional group focused on connecting and supporting organization committed to depolarization and social justice). Wood has worked in support of educational opportunities for at risk youth in inner-city Los Angeles in the areas of tutoring and private education. He sits on the board of directors for Strive Arts and Academics, a celebrated private educational facility in South Los Angeles.

Helen Jung is the opinion editor and editorial writer for The Oregonian/OregonLive, where she leads the four-member editorial board in developing its positions on matters of public interest. Prior to moving to the opinion section in 2014, she spent 22 years as a reporter at news organizations including the Anchorage Daily News, Seattle Times and The Associated Press. In her career, she has covered Alaska’s commercial fishing industry, Oregon’s athletic apparel businesses, the Seattle tech scene and spent two months embedded with the Oregon Army National Guard in Iraq. She has a bachelor’s degree in literature from the University of Pennsylvania and lives in Northeast Portland with her husband and daughter. 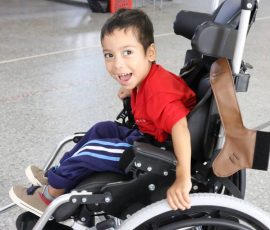 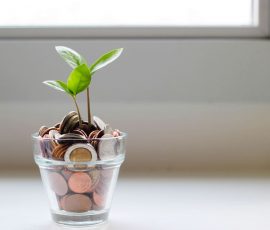 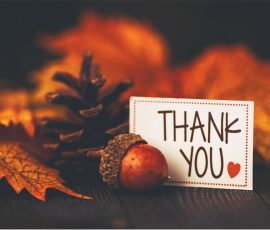